Bhubaneswar: A team of Uttar Pradesh police has arrested and taken on transit remand a 42-year-old Muslim man from a Cuttack village, based on a Vishwa Hindu Parishad member’s complaint that alleged that he had received threats from a number appearing to belong to the man.

Sayed Hasan Ahmed, a resident of Kusambi village near Salepur in Cuttack, about 60 kms from here, has been booked under sections 507, 153 A, 124 A and 504 of the Indian Penal Code.

Of these, Section 124A deals with sedition.

Initially only charges under Section 507 of IPC, dealing with intimidation, had been made out in the case following a complaint by Vishwa Hindu Parishad activist Kuldeep Panchal at the Singhawali Ahir police station of Uttar Pradesh’s Bagpat district on July 10. 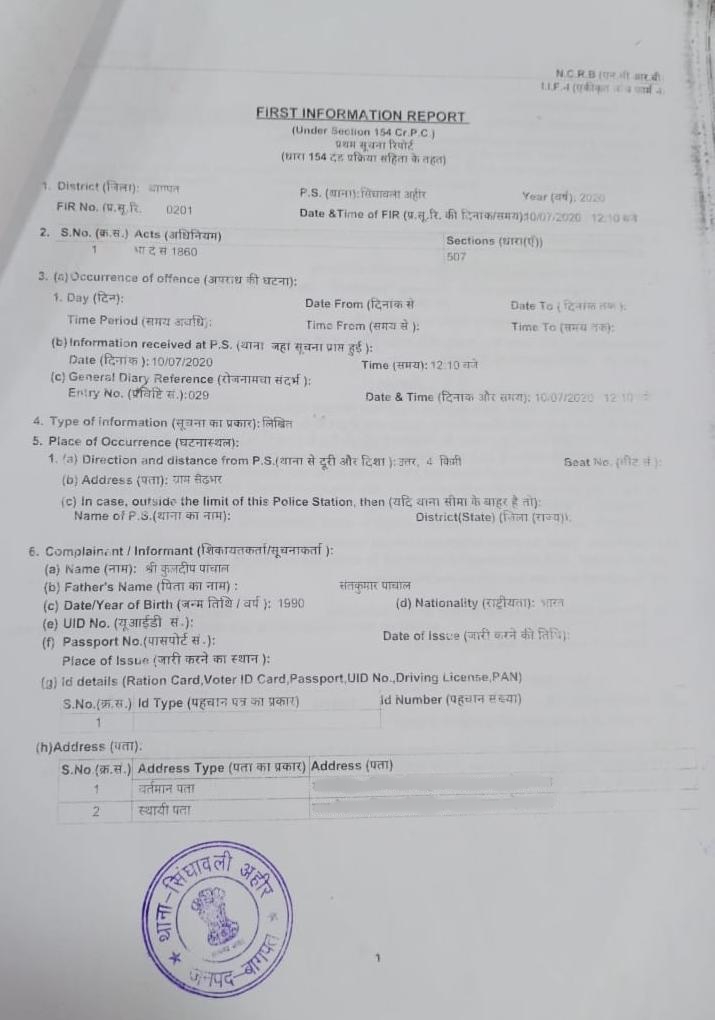 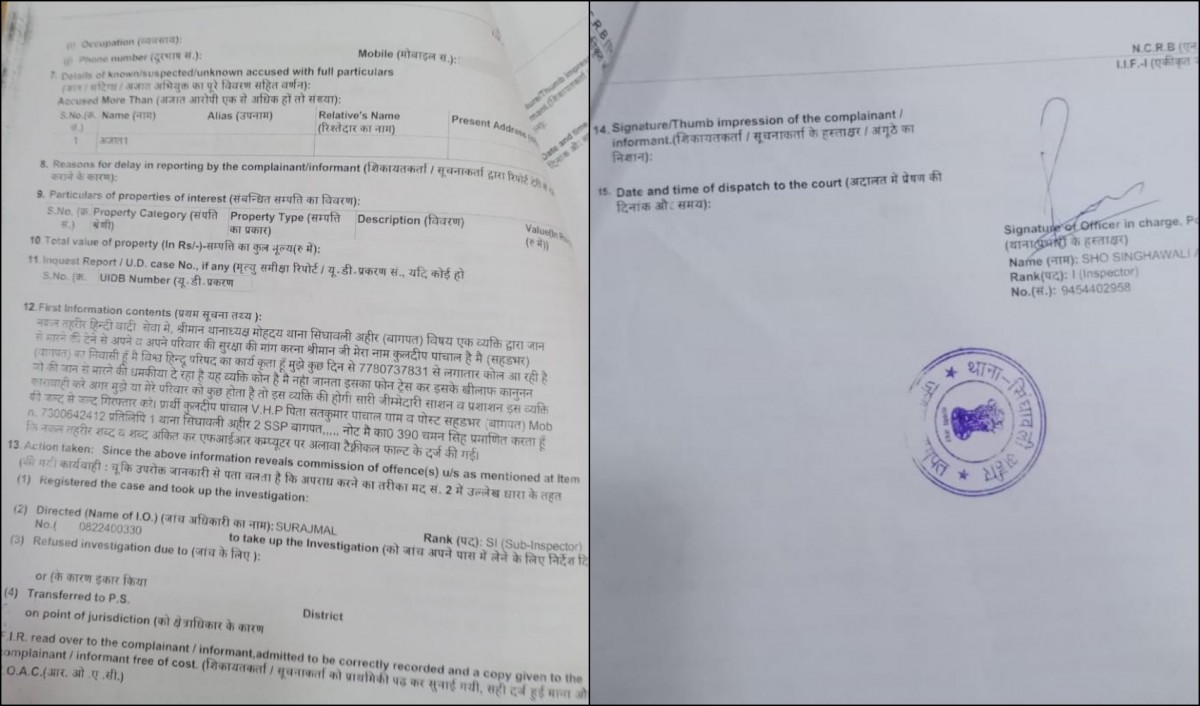 Panchal had sought security from police alleging that he was getting threat calls from an unknown number that turned out to belong to Ahmed. He had also demanded the arrest of the caller. Upon further investigation police reportedly were compelled to add charges under the other sections.

Ahmed, who owns a small shop of torches and plastic items in the Salepur market, has been accused of making “derogatory remarks” against Prime Minister Narendra Modi and UP chief minister Adityanath on social media.

A two-member police team from UP’s Bagpat district arrested Ahmed with the help of local police on Thursday and subsequently produced him before the Chief Judicial Magistrate (CJM) in Cuttack on Friday seeking his transit remand for interrogation.

The CJM, however, asked the police to produce the accused in the court of Judicial Magistrate of First Class (JMFC) in Salepur.

The JMFC court granted UP police four-day remand of Ahmed.

Salepur police station sub-inspector Jharna Pradhan said that charges under sections 153A, 124A and 504 of IPC were added  against Ahmed following “further investigation by UP police.”

Ahmed’s father, Syed Rahid Ahmad, a retired school teacher, confirmed that the number mentioned in the complaint by Panchal belonged to his son. But he said his son was innocent. “He has never threatened anyone. There has never been any case against my son in our area. And just think how far apart from each other Bagpat and Salepur are,” said Rashid who has two sons and three daughters.

Surprisingly, the local police seem to have made no attempt to look into the matter.

While Cuttack superintendent of police (rural), B. Jugal Kishore said he did not have details of the case against Ahmed, his men had extended necessary assistance to the UP police team.

This correspondent’s enquiries at the local level revealed that there had never been any major complaints against the man whose arrest has come as a surprise to all. His family is a reputed one in the area. The inspector in-charge of Salepur police station, Nihar Mallick said there had been no criminal case against Ahmed.

While leaders of major political parties have chosen not to comment on the issue, social activist Bidyut Mohanty described the arrest of Ahmed as a case of human rights violation. “Police appear to have acted in an overzealous manner,” he remarked.

Locals appear to think so too and are loathe to believe that Ahmad could be capable of disturbance, let alone sedition.

Many remember how in 2015 a joint team of Delhi and Odisha police had arrested a 37-year-old Muslim cleric for his suspected links with al-Qaeda. Maulana Abdul Rehman, who held a Ph.D in Arabic and Islamic Studies, had been arrested from Paschima Kachha village under Jagatpur police station area of Cuttack.