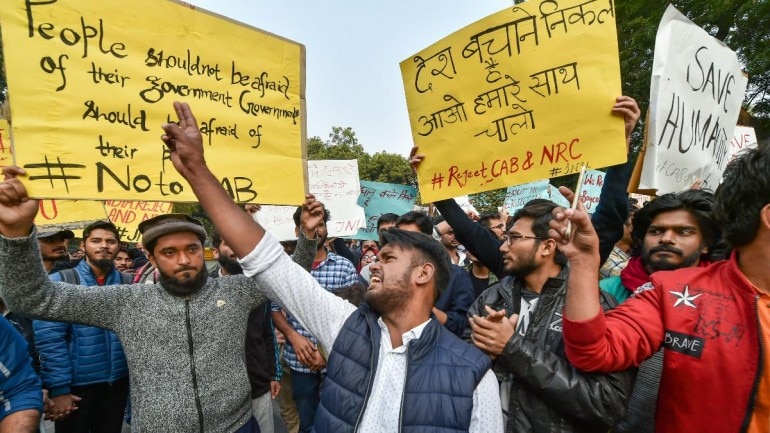 People called for protest against NRC and CAB because it is against Constitution: Union | Photo from PTI

Several people under different banners gathered at the Jantar Mantar here on Saturday to protest against the Citizenship Amendment Bill (CAB) and the NRC.

Organised by an NGO named United Against Hate, the protesters were carrying placards with slogans like: ‘Reject CAB! Boycott NRC!’, ‘India need jobs, education and health care, not nationwide NRC!’

Students from different universities, including JNU, Jamia Millia Islamia and the Aligarh Muslim University, as well as members of the All India Students’ Association (AISA), joined the protest.

“Today, people called for a protest against the National Register of Citizens [NRC] and Citizenship Amendment Bill [CAB] because it is against the Constitution, anti-poor, anti-minority. This government has chosen a way to spread hate in then name of NRC and CAB,” said N Sai Balaji, former president of the Jawaharlal Nehru Students’ Union.

“Around 300 JNU students have come here. We have also called for a joint protest on Sunday at Ambedkar Bhawan,” Balaji said.