Lucknow: Hindutva militant organisation, the Bajrang Dal, has yet again created a ruckus over suspicion of conversions by a pastor in Kashiram Colony of Kanpur. The pastor was allegedly beaten by the Bajrang Dal members on Sunday over rumours of conversion that were being circulated in the area. No FIR has been filed in the case. 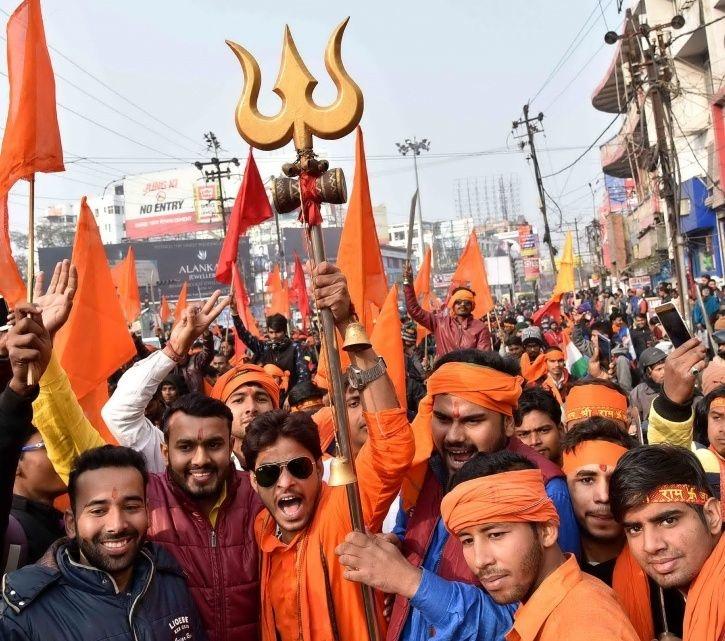 As reported in The Indian Express, the pastor, Raju Prasad, was beaten up and then handed over  to the police who said he was neither thrashed nor tried to convert anyone. It is significant to note that the matter was resolved without filing an FIR.

Station House Officer of Chakeri police station, Ranjeet Rai, said, “The preliminary investigation suggested that a woman had called the pastor and two women to offer prayer for her ailing mother at her house. She told us that her mother was recovering due to the prayer. She and the pastor denied conversion.” Rai further added that the woman has been warned not to call people for prayer.

Two months ago, the same militant outfit had stalled a Christian event over allegations of forced conversions in Moradabad, Uttar Pradesh.

Kanpur’s Bajrang Dal Mahanagar Sahyojak Piyush Singh claimed, “For the past few days, we have been getting complaints of conversion in that area. On Sunday, we were told that some people had come to a house in Kashiram Colony and were converting people. We reached the spot and saw two women distributing religious book to a family. We took the pastor to police station. There was a minor scuffle when he objected to being taken to the police station.”

This story first appeared on Sabrang India on July 30, 2019 here.

Mosques turned into Temples, the other side of history

Every now and then a local community “leader with predilections towards Hindutva comes forward with a claim that a particular mosque was built on the site of a razed temple”. Facts don’t matter to him much neither do they to his cohorts who spread the message ferociously on whichever social media platform they are on. […]

We, Or Our Nationhood Defined: Madhav Sadashiv Golwalkar

Madhav Sadashiv Golwalkar, or M. S. Golwalkar, was the second Sarsanghchalak, or supremo, of the Rashtriya Swayamsevak Sangh (RSS), the Hindu right-wing cultural organization whose political wing, the BJP, is currently ruling India. The RSS is known for its espousal of a Hindu Rashtra (a Hindu theocratic state) as opposed to the secular state that […]

New Delhi (CNN)Hafiz Mohammed Naseerudin says that after a police officer assaulted him for being a Muslim and blamed him for spreading the coronavirus, he was left lying on the road for almost an hour. Naseerudin, 44, had gone to pick up some vegetables from his friend’s house in Humnabad, in the southern Indian state […]

A 14-year-old Christian boy ,Samaru Madkami, was murdered in cold blood by a group of religious fanatics in the east-Indian state of Odisha. On the night of 4th June, 2020, a few villagers ganged up with a handful of religious fanatics who are not a part of their village and attempted to kidnap 3 Christians […]

The Real Objective Of MOB Violence Against Muslims In India

During the past several days, more than thirty people have been killed in mob violence primarily targeting Muslims in the Indian capital of New Delhi. At the center of the conflict is the Citizenship Amendment Act (C.A.A.), a law passed by Prime Minister Narendra Modi’s Hindu majoritarian government that creates a path to citizenship for […]

India’s uncomfortable relationship with periods is back in the headlines. College students living in a hostel in the western Indian state of Gujarat have complained that they were made to strip and show their underwear to female teachers to prove that they were not menstruating. The 68 young women were pulled out of classrooms and […]

The Hindu Counterrevolution: The Violent Recreation of an Imagined Past

The author traces the roots and roles of the torch bearers of the Hindutva movement—a political party, a vanguard organization, and a militant mass movement—which have drastically changed from the political mechanisms and ideals of post-Independence India and the erstwhile dominant party, Congress.

A group of Christians meet together near their rebuilt church in Kandhamal. In 2008, almost every church in the area was destroyed by Hindu nationalists. | John Fredricks Hindu extremists in southern India beat Christian children during a worship service before filing a false police complaint against the congregation, according to one worshiper. Christians in […]